Sauce Boss to be honored.
On March 5th, I’m gonna party down with my good friends Albert Castiglia, and Selwyn Birchwood, along with Les Dudek, Rick Derringer, and Mike Pinera, at the Florida Musicians Awards Hall of Fame. Burt Reynolds  will receive the Humanitarian Award. and Jerry Mathers will be stirrin the gumbo. Yep, that’s the Beaver y’all. The Beave is hosting the event, and it’s gonna be one hell of a jam. Seating is ticketed, so now’s the time to reserve a good seat. Check out the video here. And more info here 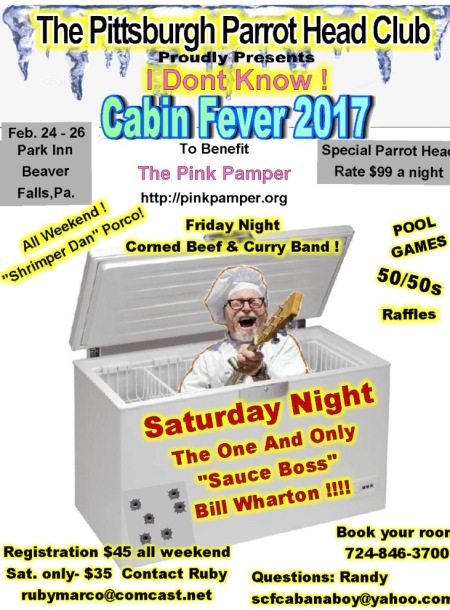 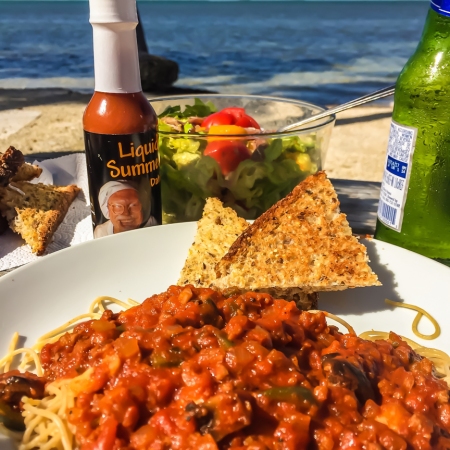 One of my favorite dishes using Liquid Summer Hot Sauce is spaghetti sauce over angel hair pasta. I will use just a little bit, where it’s almost imperceptible. But it marries all the other ingredients together, giving the sauce a character, like almost an identity, a presence that says, “Hello!” without the burn.

Music on the Bay March 4th

The Awe Shack
2510 Conway Rd. Suite 101 Gambrills, Maryland    21054 410-721-5022    TheAweShack@gmail.com
When I saw the name, I was skeptical. However when I tasted the food, I was a believer in the awesomeness of this little kabob place between Baltimore and DC. (Right near the intersection of I-97 and Hwy 3.  It’s a nice ride if you want to avoid the DC traffic) And when you get there, you will be rewarded. …I promise. Once in a great while, a truly great meal comes out of nowhere. A surprise, a sleeper, a complete flabbergast, that hits you up side the head like a brick… of pure flavor. I had a meal like that at this little kabob house between B’more and DC. The name is a play on “Aushak”- an Afghani handmade ravioli stuffed with scallions and leeks, topped with a traditional mint-garlic yogurt dressing, ground sirloin, and cilantro. All meats and vegetables used at the Awe Shack are organic, and the veggies are locally grown.  The “Right-out-of-the-tandoor bread” is crazy good. . The quality of ingredients, the attention to detail, and obvious love of cooking makes The Awe Shack truly awesome. 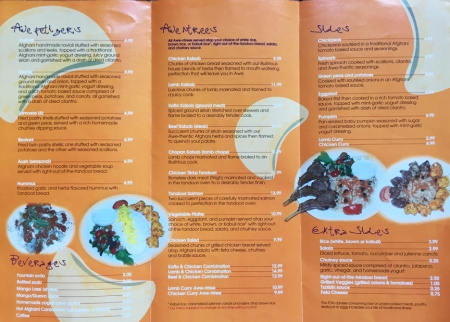 Thanks for the award, But…
Gotta say thanks to all who have congratulated me with the “Bout Time” comments on the social media. When I got the call about the Hall of Fame gig, I was blindsided. I must admit, it was kinda fun to puff up for a couple of days. Feel important, give the big bad world a little “I told ya so”.  Then I came back to planet Earth, and the humbling  began. I couldn’t have done it without folks who have supported me for all these years. Back when I began my quixotic gumbo crusade, I had no idea that traveling from A to B would involve such an effort. All along the way, some people would tell me, “I would never go up north in the blizzards of winter”. Or, “Don’t you get tired of riding in the van and waiting around in airports”? But for those smiling faces at the gigs, it’s all right here. It’s all right now. Not a rehearsal. This is it, for whatever it  will be. I guess I’ve been traveling from A to BE! Yeah, the “Be” is where I ended up. Everything between the A and the B is the “Be”. All for the better. And there’s one person who I must congratulate, and thank more than any other. My friend and companion for my lifetime, Ruth Wharton. On February 25th, we will celebrate our 50th wedding anniversary.  I am giggin in Pittsburgh, Pennsylvania, and  she will be at my side. Yup, braving the blizzard or the sunshine, we are in it for the long haul. And THAT’S… why I call it the “Haul of Fame”. 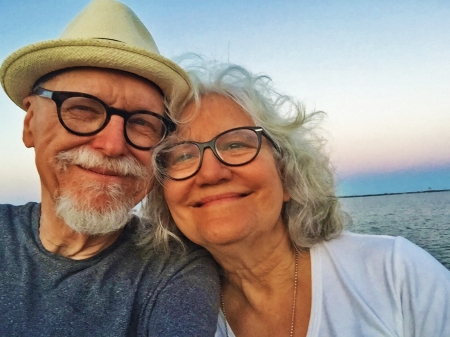 This entry was posted on Monday, February 13th, 2017 at 6:43 pm and is filed under Blues, Foraging on the highway, Music, Planet Gumbo, Recipes, Sauce Boss on the Road, Uncategorized. You can follow any responses to this entry through the RSS 2.0 feed. You can leave a response, or trackback from your own site.